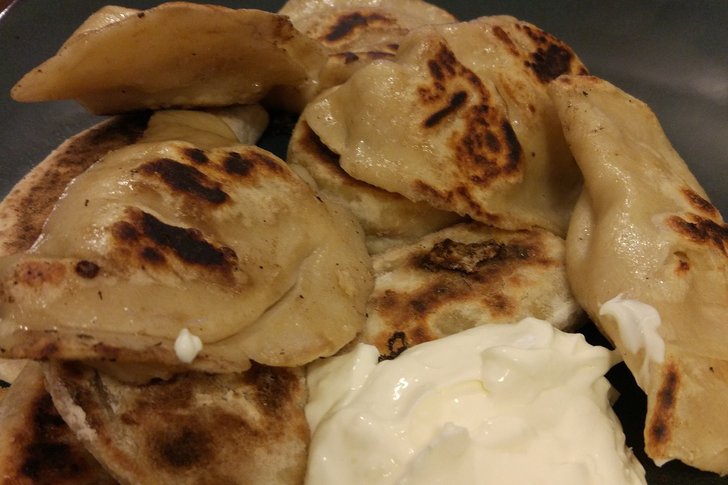 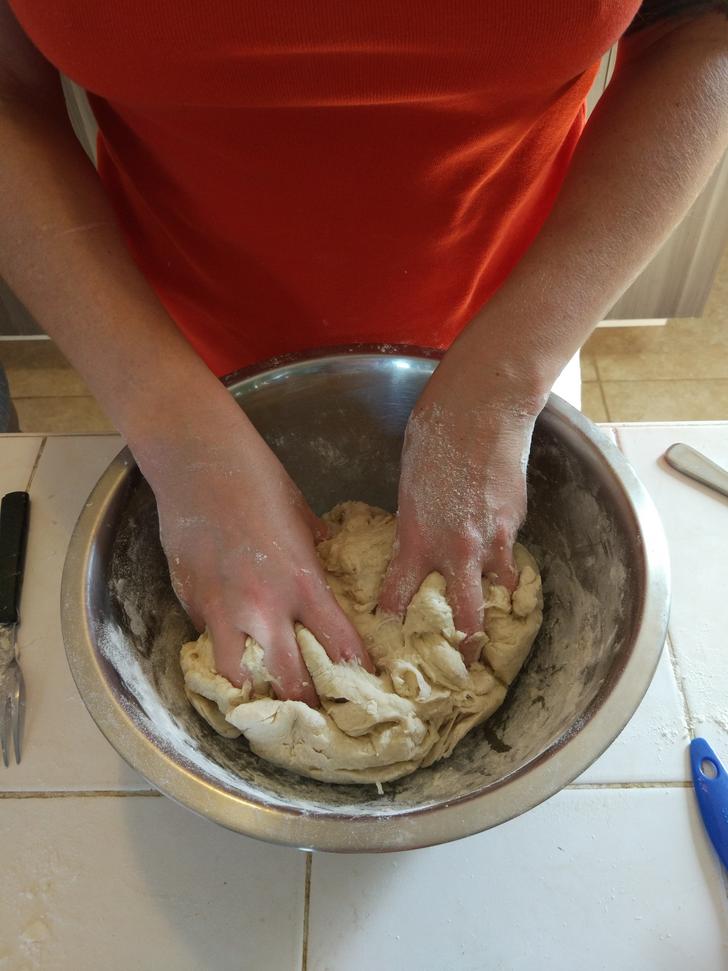 My incredible SO kneading the perogy shell dough… The dough needs to be perfect or they will fall apart when parboiling. The dough is a simple flour, water, egg, salt, milk, oil mixture. 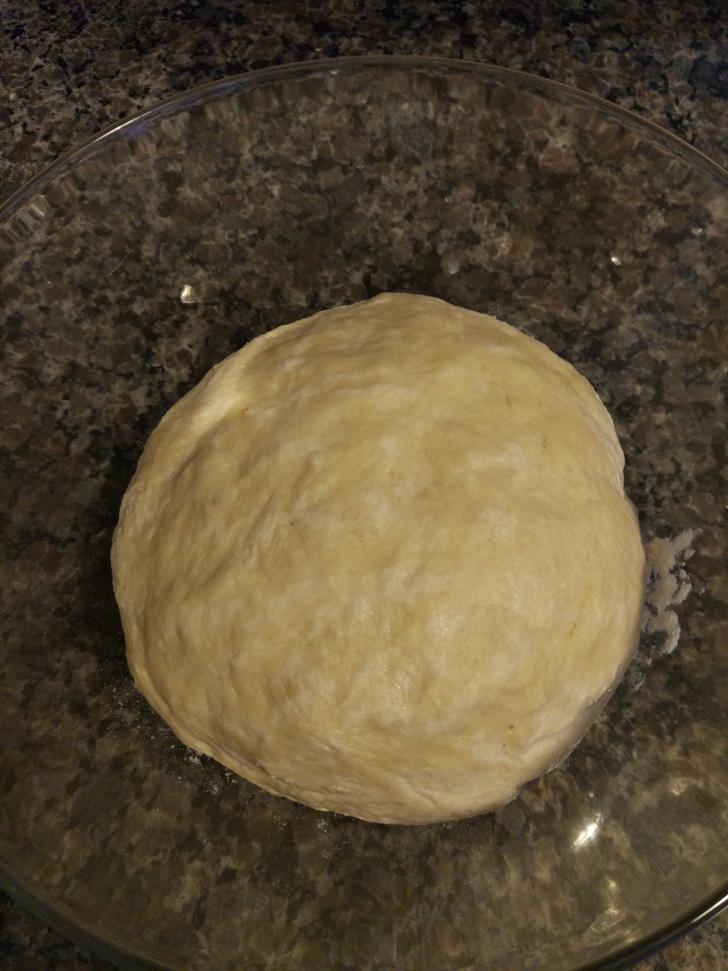 It’s very important to let your dough sit. Don’t rush. We let it sit for at least an hour. 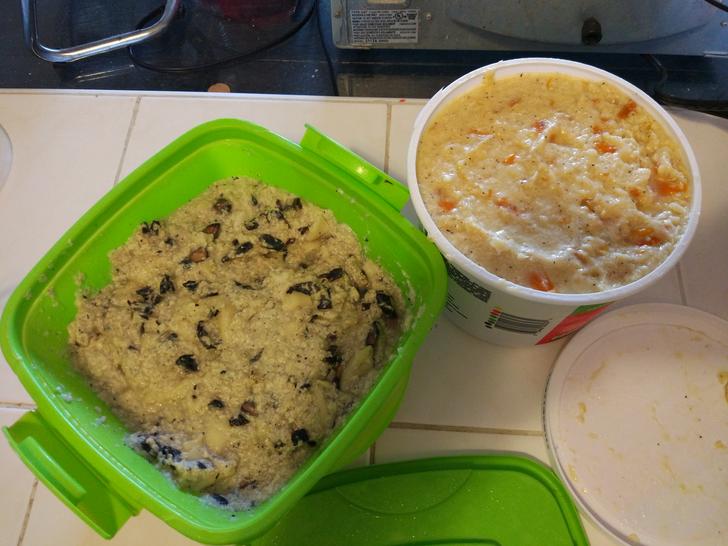 These are our two fillings. Typical perogies have potato and cheese filling, Sauerkraut or fruit filling but really anything goes. We like to get creative so these batches were potato with portobello and Swiss cheese followed by potato, roasted orange pepper and aged cheddar. 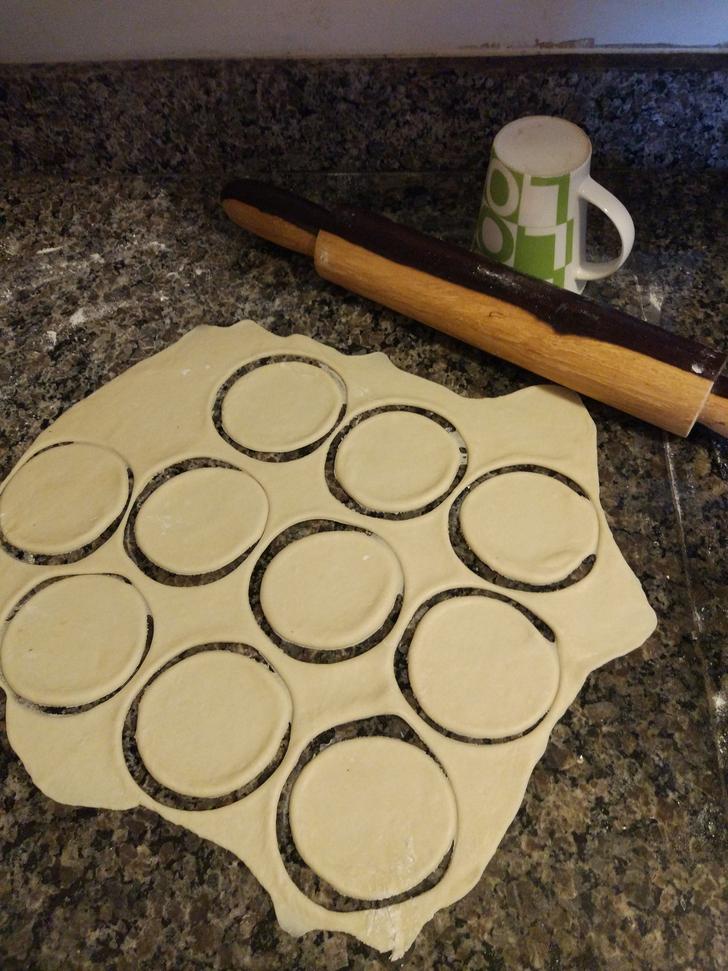 You need a solid flat surface to roll out your dough and cut the shells. We use a coffee cup to cut the perfect size. We also suggest a really good rolling pin. Back in Canada we used a marble one but here we use a beautiful Mexican hard wood solid rolling pin. I love those colours!! 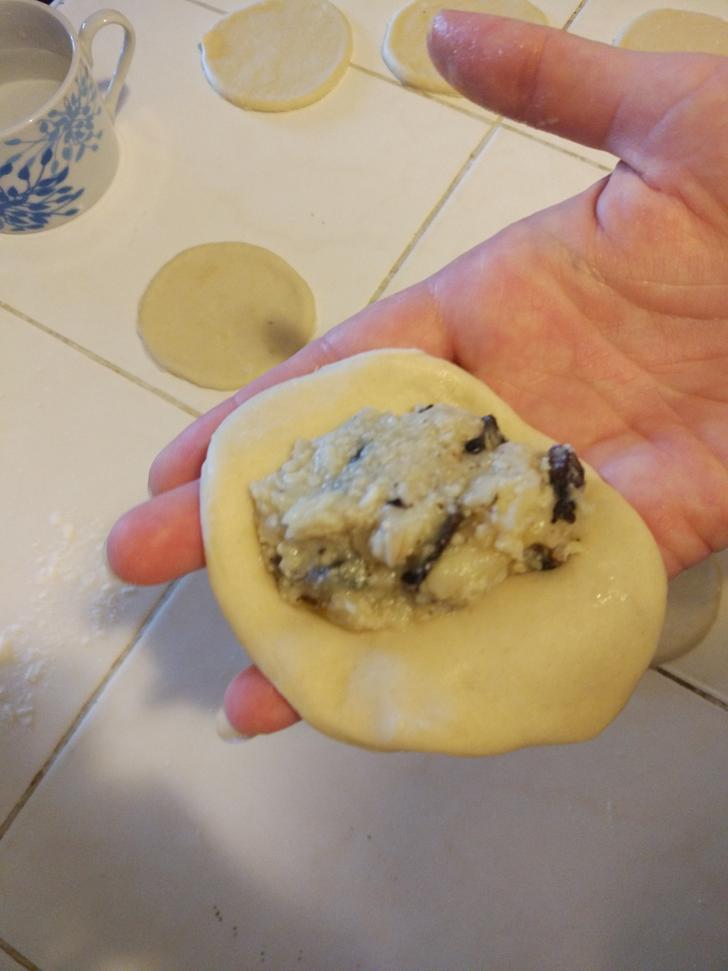 My SO is the master at filling and pinching perogies, I do the rolling and the parboiling. 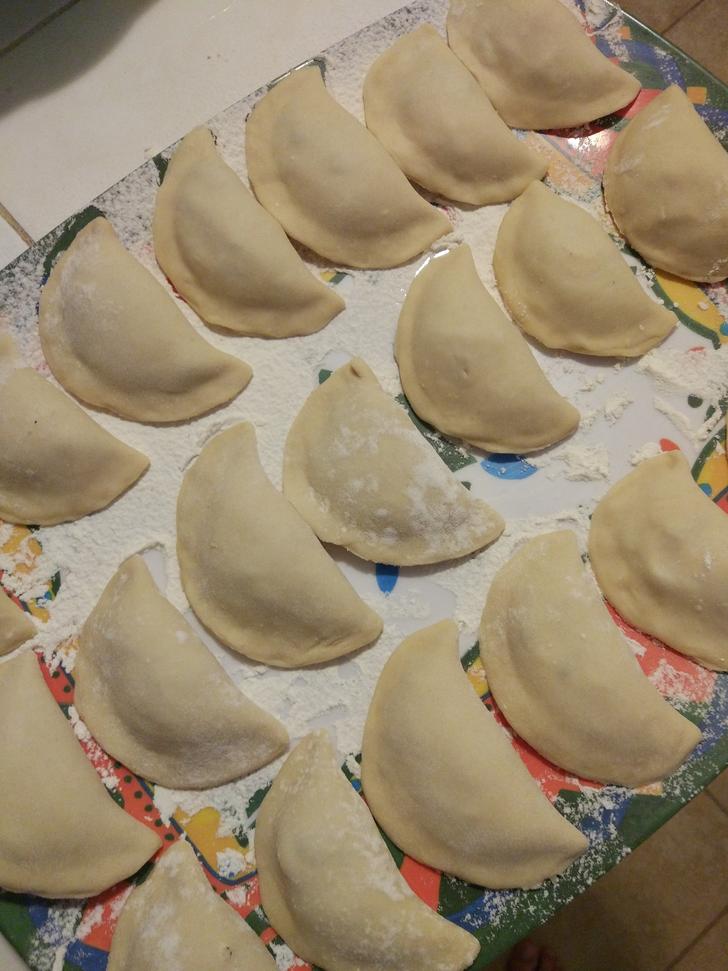 A bunch of tasty perogies waiting to be parboiled. You can’t use enough flour lol. 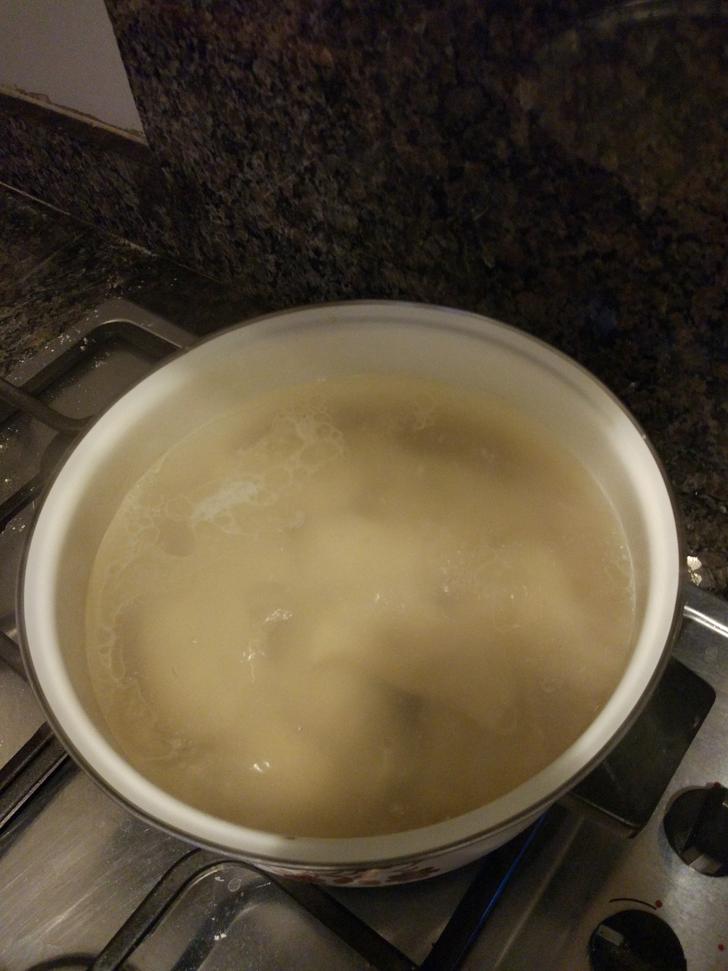 In the pot they go. We boil water with salt and oil so the perogies don’t stick to the bottom or each other. 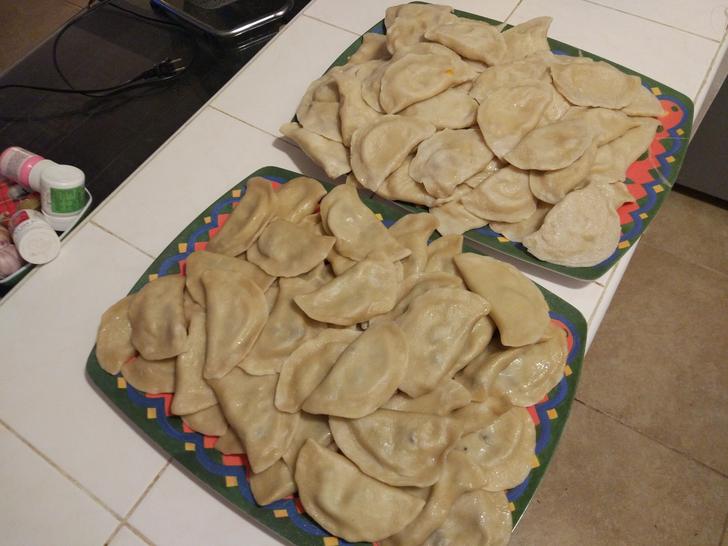 Now they need to cool. These are our two batches. About 8 dozen total (there would be more but we ate a bunch while cooking) 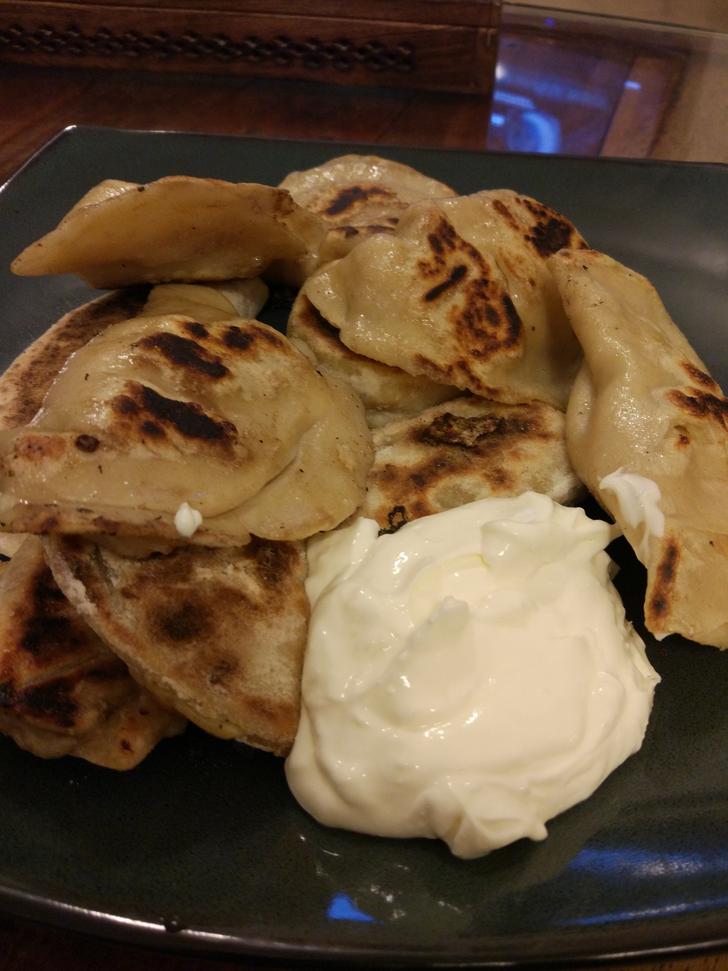 The final product. Fried with butter or oil. Served with sour cream, bacon and onions… Though we don’t have bacon tonight or onions so that will have to wait. Perogies are also amazing deep fried and some just like them boiled.

How ever you like them it’s all good. They are delicious little pillows of potato, cheese and love.

P.S. If you want the dough recipe send us an email and we would be happy to provide. 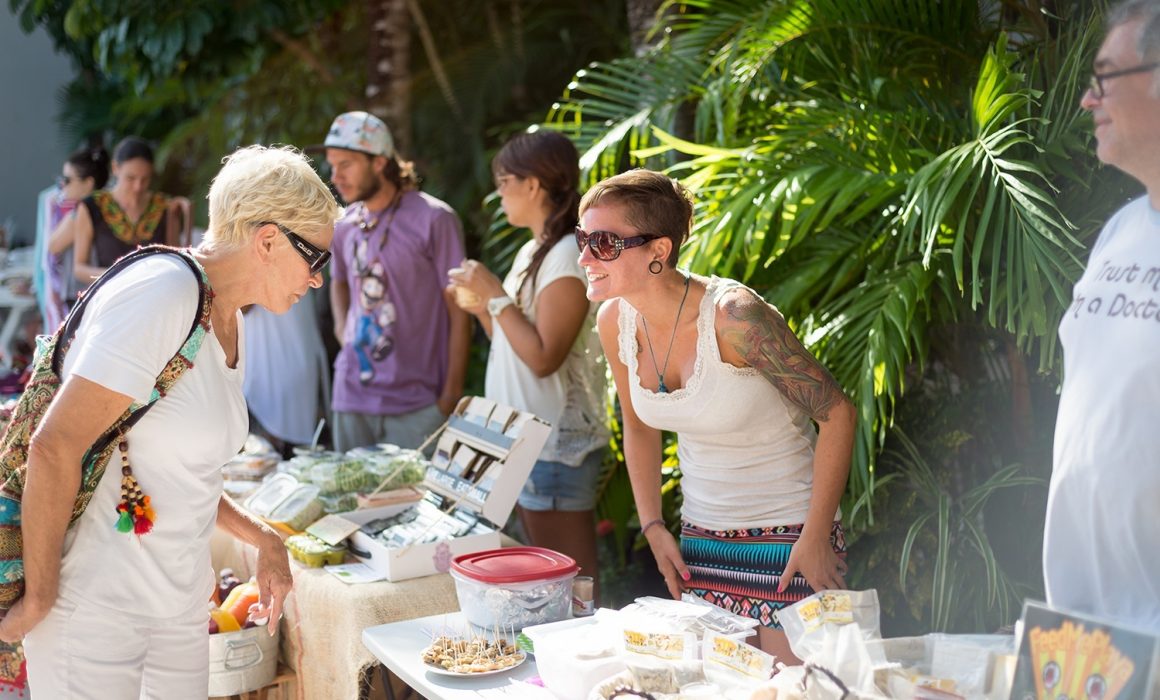 I feel like all I ever end up doing is blogging about how fast the time flies by, and that I am likely sounding repetitive. But, on the token, it’s so TRUE. The time seriously zooms by. I honestly can’t believe it’s already March. And already a week into this month.

We have kept ourselves exceptionally busy since the start of 2015, taking on a new and exciting side project with perogy making. And that seems to be going quite well, and has blossomed quite nicely. We were fortunate enough to be approached by a German lady living here in Playa del Carmen, Anja, to try selling our product at one of the local Eco Markets in town. And, having already made tried, tested and true customers with a wonderful ex-pat couple, Vicky & Scot, who live in the complex where the market is held Friday mornings, made it that much more inviting. We had entertained the idea of selling at one of the markets for awhile now, but had quite a few hurdles to leap before we were properly prepared. There was a dire need for a portable table, a travelling cooler that is reliable, business cards, sticker labels for the bags, and then the hassle of getting a cab to our place in the morning, as well as home. But, somehow we made it all happen! Having only been invited a week ago by Anja, we realized it was time we just purchased what we needed and get our name, and our product, out there. We also have some pretty stellar neighbours who offered a last minute lift to the market, which saved the hassle of bringing one into our gated community at 8am.

It was great fun to meet people that have heard rave reviews of our perogies, without even having tried them. And, a lot of those people definitely left with perogies in hand and smiles on their faces. All in all, it was a wonderful experience, and completely worthwhile. And more importantly, we’re very excited to say that we will be back next Friday morning too! 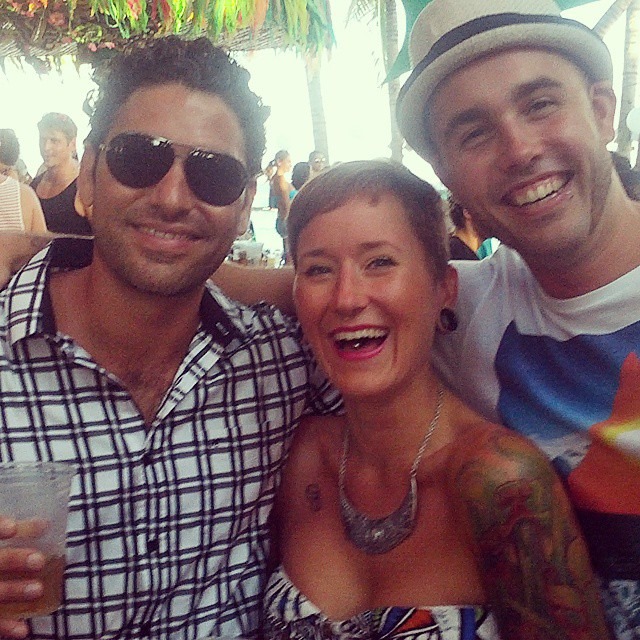